Deed of Trust vs Mortgage

Deed of Trust vs Mortgage comparison is very subtle. Both create liens on real estate. Also, bank loans and private loans use both.  Also, they’re both considered, by law, evidence of a debt since they’re generally recorded in the property location’s county.  So, hard money lenders tend to operate more in trust deed states because the foreclosure laws are more flexible.

Both documents, a mortgage and a trust deed, use real estate to secure repayment of a loan.  However, they vary in the number of parties involved in the lien transaction, the name of the documents, and the method of foreclosure used if the underlying debt is not paid per the terms of the loan agreement. In most states, law dictates whether a mortgage or a trust deed is recorded.  However, some states permit either document to be used.

Before diving into the differences between the mortgage and deed of trust, let’s first define a promissory note (sometimes referred to as just a “note”) and understand its role in relation to borrowing real estate.

There are two primary distinctions between a mortgage and a trust deed:

A trust deed involves three parties: a Borrower (the Trustor), a Lender (the Beneficiary), and the title company, escrow company, or bank (the Trustee) that holds title to the lien for the benefit of the lender and whose sole function is to initiate and complete the foreclosure process at the request of the lender.

A court supervised foreclosure process enforces a mortgage.   Known as a judicial foreclosure, the process includes the lender filing a lawsuit against the borrower.

A trust deed gives the lender (i.e. banks or hard money lenders) the option to bypass the court system.  So, by following the procedures outlined in the trust deed and applicable state law, they can do a non-judicial foreclosure.  Also knows as a trustee’s sale.  If the trustee conducts a foreclosure sale, trustee conveys title to the new owner via a “Trustee’s Deed.”  However, if there are no bidders at the trustee sale, the property reverts back to the beneficiary (lender).  And title still transfers from the trustee to the lender using the Trustee’s Deed.

This process requires the lender to file a lawsuit in order to obtain a judgment. It is time consuming and expensive, but it does have an added benefit for the lender. If the foreclosure auction isn’t enough to pay off the note, options exist.  The lender can sue the borrower(s) for the remaining balance owed, known as a deficiency judgment. In some states, lenders can elect to do a judicial foreclosure to preserve the option of a deficiency judgment.  Even if a trust deed secures the property. Hard money lenders prefer a non-judicial process which is why more private loans are originated in trust deed states as they are friendlier to private money lending.

This is becoming the most common process for foreclosure because it is faster and less expensive.  Many states recently passed laws that allow for the use of trust deeds.  With a non-judicial procedure, the lender issues proper notice(s) and follows certain rules. Then, if the borrower doesn’t bring the loan current, the property goes to a trustee’s sale.  Unlike a judicial foreclosure, once the property sells, the borrower has no right of redemption.

The lender and/or state law ultimately determine which security instrument to use.  However, a prospective borrower must understand what he/she is signing, their rights, and exact procedures in the property’s location state. 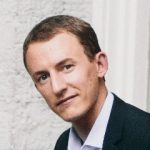